Homestyle hospitality (with a side of killer scones) at DW Bistro

It’s about warmth. It’s about smiles and fresh pastry baskets, deliciously soothing cocktails and Jamaican jerk chicken salads and feeling like you’re home when you go out to eat. It’s the phenomenon Bryce Krausman and Dalton Wilson have created at DW Bistro, and the extended hospitality they plan to create at the nearby DW Market come February.

Krausman and Wilson first met while working at Williams-Sonoma, so their collective mentality is constructed around the concept of a market. “It’s been in our brains for the last 10 years,” Krausman says. “Everything is related to shopping and stores and helping people buy the right product for what they want to do.”

Once their charming DW Bistro caught on—a five-year-old island of an eatery in the Southwest valley serving homey fare with Jamaican and New Mexican influences—regulars started making requests. Can you cater? Will you make grab-and-go dishes? How about cooking classes? Can I get coffee and one of those awesome blueberry-white chocolate scones without committing to full-on weekend brunch? The market, set to open at the re-started Gramercy project, will address everything.

“It’s quite large, more than 7,700 square feet, so it will help us expand,” Krausman says. “We’ll do grab-and-go, we’ll have patio seating and inside at communal tables, and most of [Gramercy] is commercial space and office, so there’s kind of this built-in clientele already.” Also, pastry chef Walter Dickerson, who’s been with DW for three years, is “an awesome baker who is underutilized right now, and this will be a space for him to really blossom.”

Krasuman and Wilson came close to expanding DW Bistro with a second restaurant Downtown earlier this year, but the market concept just made more sense, one that their regulars—friends, actually—can’t wait to explore. 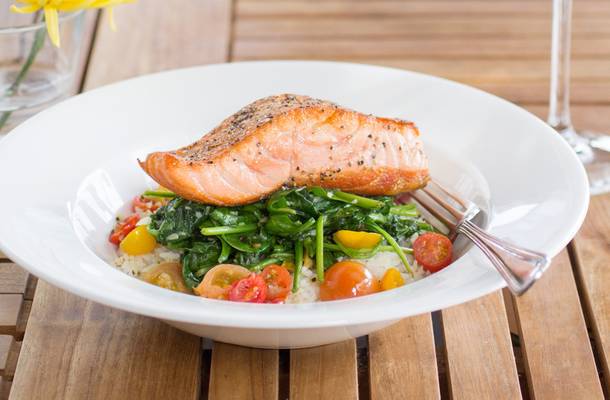